Over a year ago I had been diagnosed with hypothyroidism, and had been suffering from weight gain as a result. I had tried all the fad diets to try to lose the extra pounds I’d put on, and of course I’d lose, I’d gain, I’d lose, then gain. When I got engaged last Thanksgiving, I was determined to look my best for my wedding. I’ve been on Go Figure for 12 weeks and have dropped over 40 lbs and at least 6 dress sizes!

A friend of mine joined the program and immediately had nothing but praise for Go Figure. It was a no brainer for me to join. The easy to-follow diet changed my lifestyle, but the people at Go Figure are what kept me going. The staff and their encouragement got me to my goal weight.

Now that I reached my goal, the compliments are flooding in! I feel healthier, happier and ready for life! I was nervous to go on maintenance, but the program changed the way I look at food and the temptations are very manageable.

A few short months ago, I was overweight, tired, and, to be perfectly honest, hating how I looked. But the idea of facing yet another diet—one that would likely make me more tired and hungry—was too much. Like many others, I’d tried all the diets. Some worked, but most didn’t.

You name it, I’d given it a try: low fat, low carb, high carb, high fat, high protein, Atkins, South Beach…the list goes on. I’d lose a few pounds, or even many, but eventually, the weight stopped coming off and started coming back on—plus more. I was the typical yo-yo dieter.

Even though I was exhausted and avoided mirrors, the idea of starting another diet—and failing—was almost as depressing as being overweight. Having dieted, crash dieted, and more, facing several months of hunger, being cranky, and deprivation was too much to think about.

One afternoon I ran into a friend I hadn’t seen in a while. She looked fabulous! And I’m not talking about just her figure—although that had changed, too. She looked radiant. Her face was bright and clear. Her hair was shiny and healthy. And her eyes were full of energy. Basically, she was glowing! And she’d lost a lot of weight. “You look amazing!” I said, she replied “Go figure.”

I didn’t get it at first. Then she explained the program. I called that afternoon and scheduled an appointment for the next day. Sitting in the orientation, I truly did not believe I’d hit my goal weight. Starting at 176 pounds, I hoped to get to 155. That would be a miracle. Still, the counselors said I would do it, and I set my goal weight: 136. (It’s what I weighed in high school.)

About four months later, I weighed in at 133, and I’ve stayed at that number. I have more energy, my blood work numbers have returned to normal, and I don’t have to avoid the mirror! Go Figure has been a lifesaver; it has enabled me to lose the weight by incorporating healthy but good-tasting food, and without starving myself or being cranky. While it may sound cliché, if I can do it, anyone can! 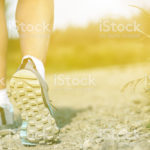 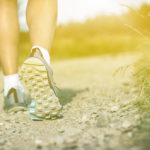 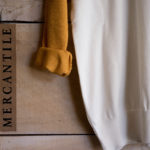 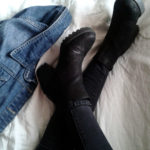 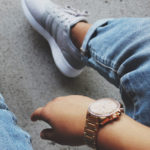 *Actual client. Results may vary based on client participation

At 368 pounds and borderline diabetic, my doctor suggested bypass or lap band surgery. I was 65, had at least 100 pounds to lose and arthritic knees. I lost about 30lbs. in 6 months on my own, but it was very up and down. Then I followed Go Figure’s plan and lost over 100lbs! I’ve gone from pant size 52 to 38, and size 4XL to L. I can now mow the yard and do many things I could never do at my previous weight. I am now on maintenance to keep the weight from ever coming back. *Actual client. Results may vary based on client participation

When I got engaged last Thanksgiving, I was determined to look my best for my wedding. I’ve been on Go Figure for 12 weeks and have dropped over 40 lbs and at least 6 dress sizes! The plan was a cinch to follow and all the staff is so supportive. They’ve made it easy for me to stay motivated.The best experience I’ve had since I started Go Figure, was ordering my wedding dress in a size 6. I look and feel the best I ever have! *Actual client. Results may vary based on client participation

I love my new body! I have been keeping the weight off (over 4 years). Friends tell me I look great, younger, less stressed, and healthier. Even my hay fever went away. I enjoy being thin. I’ve tried so many ways to lose weight and Go Figure is the only thing that works. I am in control of my body and will stay thin for life thanks to Go Figure! *Actual client. Results may vary based on client participation

The program is great; it really teaches you a new lifestyle! It really was not hard to make the changes. My only difficulty was at the beginning when learning what to look for in the foods we eat. Now it’s just normal for me. The best part for me is being able to walk any distance and still be able to breathe! *Actual client. Results may vary based on client participation

I was looking for help with permanent weight loss. Tired of “recycling” the same 5-10 lbs but not going any further….The moral support, knowledge and encouragement from the girls at Go Figure was beyond my hopes! 26 lbs doesn’t sound like much, but what I’ve decreased in size compared to the pounds  has been an added bonus! The extra bulk has simply melted away. *Actual client. Results may vary based on client participation

Like many others, I’d tried all the diets. Some worked, but most didn’t.  Even though I was exhausted and avoided mirrors, the idea of starting another diet—and failing—was almost as depressing as being overweight. About four months later, I weighed in at 133, and I’ve stayed at that number. I have more energy, my blood work numbers have returned to normal, and I don’t have to avoid the mirror! *Actual client. Results may vary based on client participation

I came to Go Figure because I knew that I was overweight and that I was unhappy. Within the first few weeks I was really happy with the results and emotionally I felt really good. Now that I’ve reached my goal weight I feel much better and healthier. *Actual client. Results may vary based on client participation

I had tried diets of all types for several years, some worked, and some didn’t.  After seeing the ads in the Bozeman Chronicle and the people’s stories of how they lost weight, I decided to give the program a try.  My experience with Go Figure has been very good; the staff is helpful and informative.  Since starting the program, my health has improved immensely. I have more energy, lower blood pressure and best of all, my self-confidence is back! *Actual client. Results may vary based on client participation

I came to Go Figure to start a permanent lifestyle change for health and longevity. I felt I really couldn’t afford the program and assumed I would go a few weeks to get started. It’s been 7 months and week after week the money was in my budget. I finally realized how much I was saving by not buying processed foods and eating at fast food places! I have lost more than 70lbs. so far and feel better than I have in 25 years! *Actual client. Results may vary based on client participation

I came to Go Figure because I was tired of trying to lose weight and not being successful.  My friends recommended the program to me. It has been a great experience. I feel much better; during my 10 weeks on the program I was never hungry or tired. If you stick with the plan and what they teach you, you will definitely be successful. *Actual client. Results may vary based on client participation

...and learn how we can help you unlock the healthiest you.